Using Could, Should and Would Have Been – Past Conditional English Grammar Lesson

How to Use the Past Conditional

In this quick English lesson about the past conditional tense, I talk about the differences between “Would have been”, “Could have been”, and “Should have been.” These are terms that can seem confusing to new English learners but you can learn to use them properly in your English conversations and your writings.

The past conditional “could have been,” “should have been,” and “would have been” structures often get skipped over in class. They seem quite complicated, but they don’t have to be! In this lesson, I’m going to quickly explain in what situations to use them and how they’re different from regular past tense verbs. I hope this helps to solve your doubts about this part of English grammar.

How to use the Phrase ‘Could Have Been’ in English

First of all, let’s take a moment to talk about pronunciation. Could + have is often shortened into “coulda” when speaking but not in writing.

“I coulda been a contender” is a famous line from On the Waterfront, a classic 1954 movie.

Now, let’s talk about grammar. “Could” is conditional. “Have + been” marks the past tense. As you may know, conditional grammar expresses an idea that is not real. It didn’t happen. However, we believe if certain conditions were met, then things could have been different.

“If I had worked harder, I could have been more successful.”

“I could have been more successful if I had worked harder.”

How to use the Phrase ‘Should Have Been’ in English

First of all, let’s take a moment to talk about pronunciation. Should + have is often shortened into “shoulda” when speaking but not in writing.

“I should have been paying more attention to my English teacher but I was daydreaming too much.” This shows that you knew you were supposed to pay closer attention, but just weren’t focused enough on that task.

You know we use “should” to express an opinion. It is like “must” but weaker. Yet, it is stronger than “could.”

Use “should have been” to express what you think should have happened, but did not happen.

Often, you’ll hear this phrase used in arguments or regrets about the past.

“You should not have lied to me!”

“You should have been more careful!” 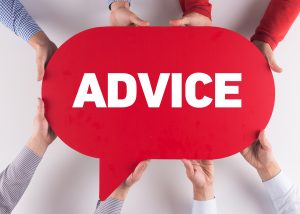 How to use the Phrase ‘Would Have Been’ in English

First of all, let’s take a moment to talk about pronunciation. Would + have is often shortened into “woulda” when speaking but not in writing.

For example, you might say something like, “I would have been there for your birthday party but I was sick in bed with the flu.”

This shows that you intended to be there but something came up that prevented you from going.

Things would have been different if another situation or condition had been met. In the above example, if I had not been sick.

You can also use “would have been better” to give advice.

“It would have been better if you had practiced a bit more before your presentation.”

Of course, as English is a language with many possibilities, there are more verbs that can result in different meanings. You may have heard someone say a sentence using the words, “must have been.” This is not a past conditional structure, but rather it is in the present perfect. “Must have been” is used to express an assumption, or an opinion that you gathered from a logical guess. In this case, we are not talking about something that is not true. In fact, we are talking about what we believe to be true (in the past)! To learn more about must vs. have, you might like to watch this English lesson.

We often receive questions from English learners all over the world! While we cannot always answer every single one in detail, we really appreciate hearing from you and some of your inquiries make for great lesson ideas. In this video, Gabby will explain about could have been, would have been, should have been in English grammar. This was an excellent question from one of our online learners!

We use should have been in order to state our opinion.

“I feel it should have been me going to Europe for that business trip, not Frank”

“The leader should have been Mary”

We use would have been is used to explain the logic of events.

“The party would have been a disaster if Mary didn’t show up, she had everyone laughing”

“Frank would have been here earlier, but he got held up in traffic”

We use could have been in order to discuss potential possibilities.

“It could have been a lovely evening, but I had a really bad headache”

“I could have been Queen, had I been born into the royal family”

“Who ate all the cookies? It could have been Mary, she is a bit of a cookie monster”

Are you looking for a way to improve your English? Would you like to know when you’re making a mistake? Get information on our complete English course, Fluent Communication, and learn when we will open it again for new students. Click here for information.

Get everything you need for true, advanced English fluency and confidence in your speaking skills.

The best Go Natural English tips are in this audio eBook. This is the best resource for intermediate English learners to improve their communication skills quickly.

Get our best tips to learn fluent English 10x faster

Get Our Best Free Tips to Speak English Fluently

Enter your name and email below to get English tips to your email inbox.